Office of the Deputy Mayor for Education

Office Hours
Monday to Friday, 9 am to 5 pm, except District holidays 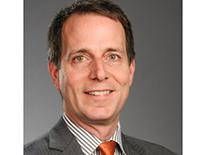 Paul Kihn accepted an appointment by Mayor Bowser to serve as the Deputy Mayor for education on October 1, 2018. Mr. Kihn previously served for three years as the Deputy Superintendent of the School District of Philadelphia. As the Superintendent’s second-in-command, he helped lead the system through a significant transformation, including improvements in teacher and principal hiring and development, a transition to common core standards, the promotion of evidence-based innovations in schools and classrooms, a wholesale revision of charter authorizing policies and procedures, and smarter allocation of diminishing resources.

Prior to his work in Philadelphia, Paul supported district and charter turnaround efforts as a partner and a leader of the U.S. K12 Education Practice for the global consulting firm McKinsey & Company. Mr. Kihn is a former New York City public school English teacher and has also taught middle and high school English in Ireland and South Africa. In addition, Mr. Kihn has worked with adjudicated and out-of-school youth.